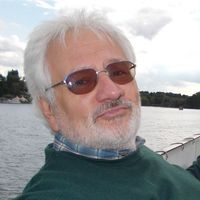 What Christmas Jazz (and beyond) CD (or LP) are you listening to right now?