Sauter-Finegan "Memories of Goodman and Miller" 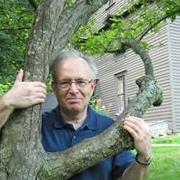 By Larry Kart,
January 22, 2019 in Recommendations